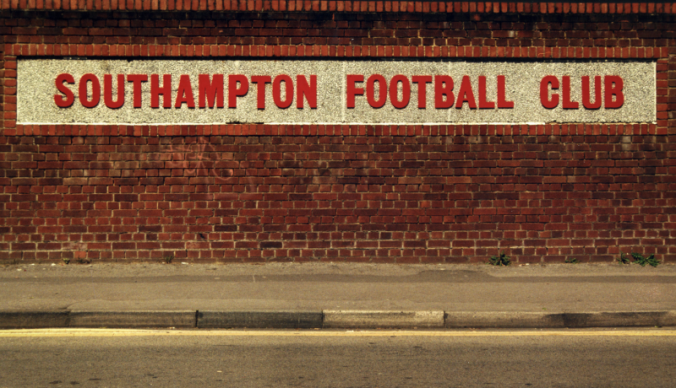 Nothing is ever set in stone (picture credit: Daniel Lewis – @DLphotographer)

Down on the South Coast of Hampshire, we don’t do quiet summers. Certainly not in the red and white half at least.

Many fans could be forgiven for feeling deja vu last week, when Director of Football, Les Reed, gave a lengthy interview to the club’s Youtube channel about a wide-range of subjects, from youth development, to player contract renewals, to the renewal of boss Ronald Koeman’s contract. Talks were progressing well, according to Reed, and the inference was that the only things left to sort out were the finer points of the contract.

Clearly, Ronald Koeman had other ideas. As I write this post, it’s looking increasingly likely that he will be unveiled as manager of Everton FC, a club that finished way below Southampton FC in the league last season, and a whopping 16 points behind them to boot. It is inarguable that, if you look on the face of it, that Everton, even before the summer transfer merry-go-round gets underway and they lose both John Stones and Romeleu Lukaku, have a significantly weaker squad than Southampton at the moment.

What they do have, however, is a new owner in Farhad Moshiri, who wants to make a good impression with the fans. Making a big splash in the press, offering to make a manager the 6th richest in world football, and promising a huge transfer kitty, is a good way to get started.

A brief word on Everton: if I was a fan of them, I would be concerned about their new owner, and the way that they have started going about their business. For the record, I do not believe him that Ronald Koeman was their first choice as a manager. I believe that, whilst he may be a success, the big pay-packet that he was offered would have also been offered to larger targets: to Manuel Pellegrini, to Frank de Boer, to anybody with real European pedigree. But my gut feel is that they were turned down, and saw Koeman as low-hanging fruit – a good manager at a moderately successful club. And they’ve thrown all of the money they possibly could at him. They’ve got their man, and Ronald has a huge challenge on his hands.

I’m not going to talk about loyalty in football. It’s a luxury rarely afforded to clubs and to players outside of the top 4 teams in world football. If Manchester United had been consistently finishing 11th and 12th in the league, then I don’t think that Ryan Giggs would have spent his whole career there. For Southampton, Matthew le Tissier is a glorious outlier – a fantastic player primarily motivated by the comfort of a nice lifestyle on the south coast, and the adulation of fans who took him to their heart, mainly because he was a mercurial talent who felt lucky to be playing professional football.

Ronald Koeman has no particular allegiance to Southampton FC, and he will feel the same about Everton FC. This is not about love – this is a business decision. And that’s fair enough.

For our part as Southampton fans, you only have to look at Twitter for a second to see the waxing and waining of faith and hope in our club. One of my favourite books is the Chimp Paradox by Professor Steve Peters.

Essentially, this image forms the crux of the theory behind the book:

Now, you’ll see a load of grey matter helpfully colour-coded into less grey matter, to show you all of the different regions of the brain.

Right in the centre, you’ll find a cheeky little f*cker known as the Limbic System. According to Wikipedia (which is never wrong), the Limbic system ‘is a group of forebrain structures that has the hypothalamus, the amygdala, and the hippocampus. These are involved in motivation, emotion, learning, and memory. The limbic system is where the subcortical structures meet the cerebral cortex.’

Essentially, it’s what we initially relied upon when we were in the jungle. It keeps us safe by flaring when we are under threat, and is responsible for our emotions, our motivations, and our urges.

It’s also the segment of our brain that makes us kick off when we feel like somebody or something has done us a disservice.

When two people’s chimps are in control of their brains, chaos normally ensues. That’s what we’re seeing on Twitter at the moment. Lots of angry Southampton FC chimps, and lots of boastful Everton FC chimps. Both sides beating their chest and defending their territory.

This is not conducive to running a business, or a football club, and I think that Les Reed, and the board at Southampton, know this. That is why I’d imagine they did not react, or panic, when Ronald Koeman was offered a bumper payday at Everton. The calm, rational side of their brains won out.

Football agents, the press, and sometimes owners of football clubs, engage their chimps far too often. Social media has further exacerbated this. Literally none of the conversation this week has been about footballing matters. It’s been about finances. Journalists are under pressure to get clicks through to their site, and to sell advertising off of the back of it – that’s getting worse with the proliferation of dreadful blogs that seem to copy and past any half-rumour and present it as fact. Online betting companies share odds and terrible ‘banter’ to try and get you to lay odds with them, lose the money you put in, and then lay some more money on. Agents will feed stories to journalists to try and secure bigger paydays for themselves, and their clients. Clearly, Ronald Koeman’s agent felt that the offer from Southampton FC wasn’t big enough.

I think it’s right that we didn’t match that offer. I think that the money that we offered Ronald Koeman was more than enough. And I think we were right to let him go if he didn’t feel the same way. So I think that, rather than villifying the Southampton FC board, we should be congratulating them for staying calm whilst others around them lose their head.

The hunt for a new manager for Southampton FC was probably surreptitiously started some months ago. I note with interest that a few weeks ago, when the first Koeman to Everton rumours surfaced, another story claimed that Rafa Benitez had turned down the Southampton role. This may have been a ploy from Benitez’s agent to get him a bumper contract at Newcastle, but the timing was interesting. I would wager that the club has been looking for replacements for some time, and although time may be taken (which we have, given the European Championships), that Southampton FC will be working diligently to secure another manager in time for pre-season training.

In the meantime, expect agent-stirring, headline-writing and betting sites to be dominating social media. But remain calm.

Here are some facts: Southampton FC are a top 6 club, with European football coming next season, a top-class academy which has been notably underused in the past two seasons, elite-level facilities, solid financial backing and a strong squad built to progress.

We already knew, and expected both Victor Wanyama and Graziano Pelle to leave this summer, so no meltdown there. In fact, it’s interesting to note that Ronald Koeman seemingly upset a number of Southampton players last season – most notably Wanyama, Pelle, Tadic and Mane, by either benching them or criticising their attitude in public. I’d love a penny for their thoughts now.

Southampton FC are a strong team, with a good mentality, and we are an attractive prospect to any managers in or out of roles at the moment. We will have the pick of a big market this summer, but I have a feeling that Les Reed has already been working through his shortlist, and lining up conversations with potential managers. Regardless of who we get, they will have been meticulously-researched to ensure that they fit into the club’s model, and match our ambitions.

The past few years have been a rollercoaster, but what’s blown me away is the calm that the club exudes during times of stress. In fact, Southampton FC seem to thrive in it. I don’t think it’s luck.

One of my favourite quotes, that I have on my desk at work is this one by American author William Arthur Ward: ‘A pessimist complains about the wind; an optimist expects it to change; the realist adjusts the sails.’ Given the nautical heritage we enjoy down here on the south coast, it’s heartening to see that our club, huddled on the banks of the River Itchen, are adjusting their sails accordingly.